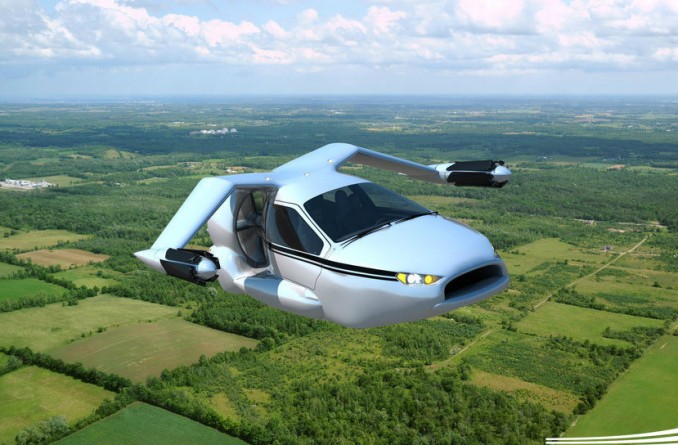 This flying vehicle makes the Jetsons’ car seem like a jalopy.

Massachusetts-based Terrafugia, which was founded in 2006 by a team of MIT grads, plans to sell its TF-X in as little as eight years.

The manufacturer expects to have developed a full-sized, unmanned prototype of the car by 2018.

Terrafugia, which is derived from the Latin for “escape the Earth,” predicts that the TF-X will have a top speed of about 200 mph.

Drivers won’t even need a pilot’s license because of the car’s semi-automated flight technology.

“With simplified flight controls, a familiar layout and automated vertical takeoff and landing technology, the TF-X will make personal aviation more accessible than ever before,” she said.