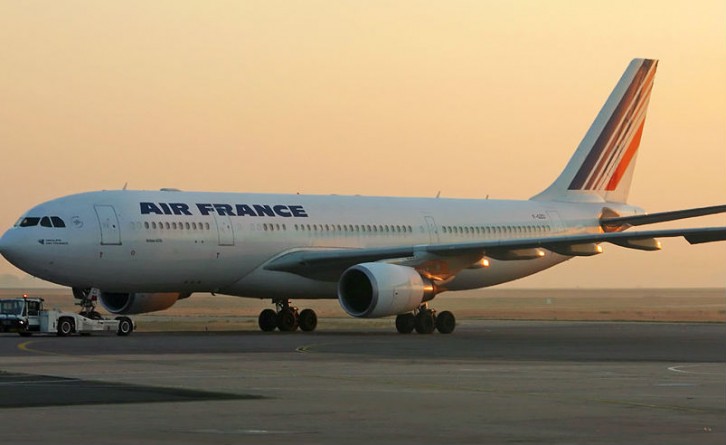 Air France stewardesses have caused an uproar over new uniform rules that will require them to wear headscarves on flights from Paris to Tehran when the airline resumes services there later this month.

Female flight crew members have been told to cover their hair once they disembark for the Iranian capital, the UK Daily Telegraph reported Saturday. Unions are urging the airline that those flights should be made voluntary for women.

Flights between Paris and Tehran will happen three times per week starting April 17. The resumption comes after an eight-year break, stemming from the completion of the Iran nuclear deal.

Iranian women have been forced to cover their hair or face fines since the Islamic revolution in 1979. The Telegraph notes that public signs of religion have been “frowned upon” in France since the country enacted a law separating church and state in 1905.

“It is not our role to pass judgment on the wearing of headscarves or veils in Iran. What we are denouncing is that it is being made compulsory,” UNAC flight crews’ union chief Flore Arrighi told The Telegraph. “Stewardesses must be given the right to refuse these flights.”

Air France brushed off the uproar, saying that other airline staff members were obliged to comply with Iranian rules. The airline sees Tehran flights as an “excellent business development,” the newspaper reported.

“Tolerance and respect for the customs of the countries we serve are part of the values of our company,” an Air France spokesman said.

The airline also noted that French law allows the restriction of some freedoms if “justified by the nature of the task to be accomplished.”

Christophe Pillet, the deputy head of the SNPNC flight crews’ union, told the newspaper that the stewardesses were prepared to wear headscarves in Iran when out of uniform, but didn’t want it to become part of the uniform.

“Female staff do not wish to have dress regulations imposed on them, especially the obligation to wear an Air France scarf that completely covers their hair as soon as they leave the plane,” he added.

Stewardesses normally can choose between wearing a skirt or trousers, but have been instructed to wear a long jacket and trousers specifically for Tehran flights.