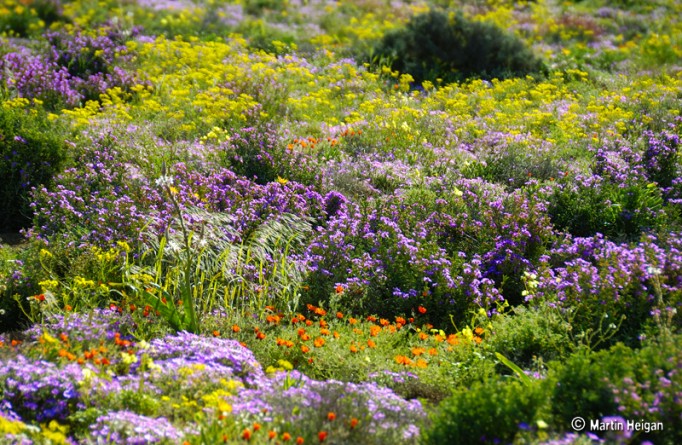 Death Valley is springing to life with wildflowers in what may be a rare "super bloom." The national park is blossoming with a vivid display of lush flowers, a rare event for the normally barren landscape.

While flowers do appear in the park throughout the year, super blooms are much more rare. A perfect combination of rain, sunshine and lack of drying winds is necessary for super blooms to happen.

"Only under perfect conditions does the desert fill with a sea of gold, purple, pink or white flowers," according to the National Parks Service website."Although there are years where blossoms are few, they are never totally absent."

The last was super bloom happened in 2005, and the possibility of a new one has park rangers excited.

"If you get the chance to see a bloom in Death valley, especially a super bloom, you should take the opportunity to see it because it could be a once in a lifetime opportunity," said Park Ranger Alan Van Valkenberg.

Peak blooming times for Death Valley usually fall between mid-February to mid-July at various points in the park. From mid-February to mid-April, the bloom can best be seen at lower elevations on alluvial fans and foothills, according to the National Parks Service.