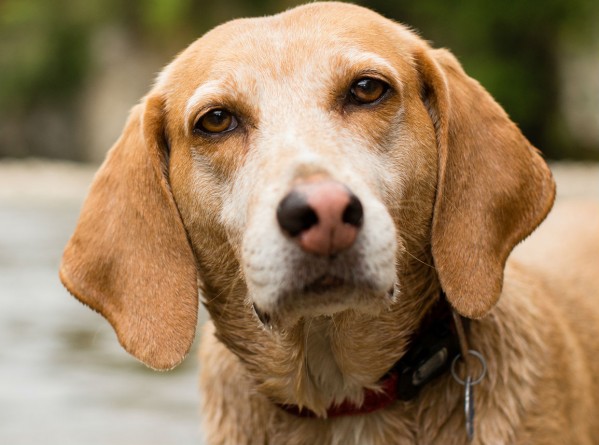 A woman found an abandoned dog chained to a tree in a New York City park Friday morning, the animal's paws frozen to the ground amid the day's bitterly cold temperatures.

Jennifer Williams told NBC 4 New York that she was walking her dog in Brooklyn's Prospect Park on Friday morning when her pet broke free of its harness ran toward a tree. When she caught up, she found the neglected animal sitting on the ground, unable to move.

"She wouldn't stand up for me so I just wrapped the coat around her and picked her up," Williams said.

When she picked up the lab-pit mix, she noticed blood, apparently from the dog's paws, which had been frozen to the ground.

Williams said that afterward she called Sean Casey, who owns an animal rescue in Windsor Terrace. Casey said he took the female dog to a veterinarian.

"The bottom of her paws were pretty bloody," Casey said. "She carried the dog home and ultimately saved the dog's life."

Vets are treating the dog's paws and are trying to treat several other ailments, and it's not clear if the animal will make a full recovery.

Casey said the dog's story should serve as a warning to pet owners leaving their pets outside in this weekend's extreme cold. A bill working through the New York legislature would also increase penalties for leaving animals out in the cold or heat.

"Any dog can suffer from the cold some can tolerate it a little bit better than others but no dog, animal or person should be left out in that weather," Casey said.

It's not clear if the dog, which hasn't been named yet, will be up for adoption. People interested in helping the animal should call Sean Casey Animal Rescue at (718) 436-5163.