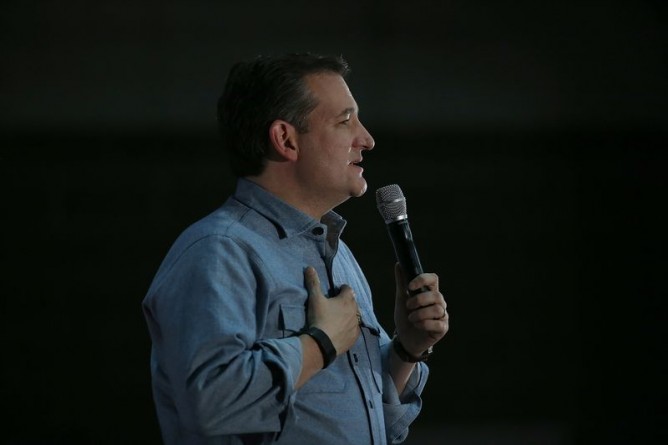 Ted Cruz has prevailed in the Iowa Republican caucuses. Cruz earned the support of around 28 percent of caucus-goers.

Donald Trump got about 24 percent of the vote, and Marco Rubio scored around 23 percent. Ben Carson and other candidates were far behind the top three.

Rubio emerged as the strongest of the establishment-friendly candidates, and his relatively strong finish in the state may cement his status as the mainstream alternative to Cruz and Trump.

Cruz's win is a surprise for pollsters, most of whom had been predicting a Trump victory. And it's a shock for Republican insiders, many of whom loathe Cruz as much as they loathe Trump. Cruz is a US senator, but he's not considered an establishment figure.

Monday's victory means Cruz must now fight a two-front war. On the one hand, he needs to maintain momentum against Trump, who has previously polled strongly in New Hampshire, South Carolina, and other early states. At the same time, he has to worry that the Republican establishment will rally around a single candidate — most likely Marco Rubio.

Next week's New Hampshire primary, then, will be a crucial test to see whether Cruz can secure his position as the new Republican frontrunner. It won't be easy. New Hampshire polls conducted prior to Monday night's Iowa caucuses showed Cruz with only about 12 percent of the vote. That's 20 points behind Donald Trump and barely ahead of rivals John Kasich, Jeb Bush, and Marco Rubio.