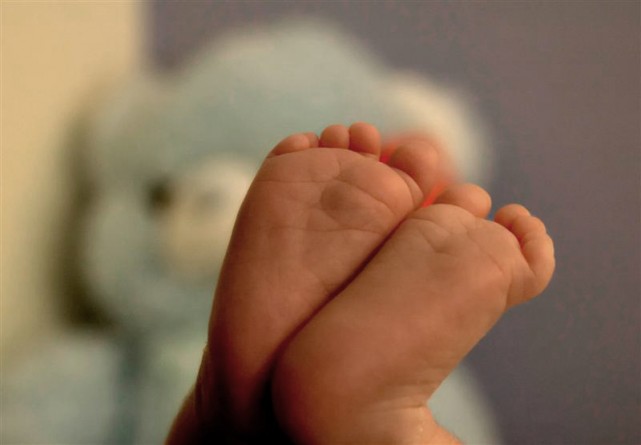 A 3-day-old boy has died from an apparent dog bite in northeast Ohio, authorities said.

Youngstown police said the infant's mother called 911 early Sunday after waking up and finding her son crying and covered in blood.

Lt. Doug Bobovnyik said Aiden Grim-Morelli was apparently bitten on the top of his skull while inside a makeshift crib on the living room floor.

His mother, 21-year-old Kristy Grim, slept on a couch beside him. There were four other dogs in the home.

Bobovnyik said the mixed-breed dog is in the custody of the Mahoning County dog warden.

The county medical examiner hasn't ruled on a cause of death.