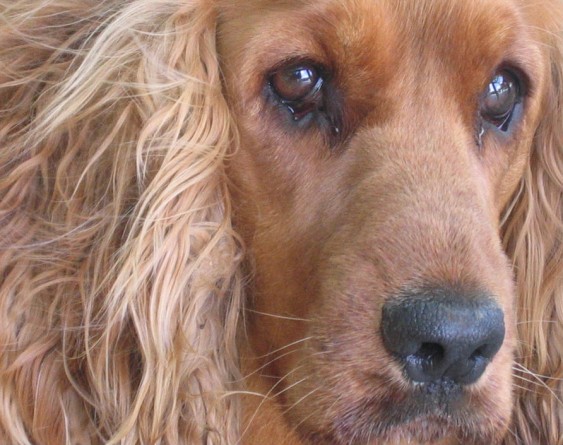 A 15-year-old cocker spaniel named Otis was returned to his owner Tuesday morning after the owner said the beloved pet was stolen during a walk to the park.

No arrests were reported in connection with the case, but police said the dog was not harmed. Otis was dropped off at a dog park in the 100 block of South College Avenue in Claremont.

Police notified the owner Tuesday morning that Otis had been located.

Michael Heredia said that a man got out of a car Sunday, snatched Otis and took off with a female driver in the getaway vehicle. Heredia said he was dragged by the car, described as a 2013 or 2014 black Nissan Altima.

"These people are evil," Heredia said. "I jumped in through the window up to my waist. The guy is just socking me constantly.

"I told (the driver), 'I need you need to slow down. I am going to get out of the car, just don’t kill me.' She punched it and I jumped."

"We do have some leads," Lt. Jason Walters of the Claremont Police Department said.

Heredia said he has a theory of what happened to his elderly cocker spaniel he found as a stray.

"He's being used to train pit bulls for fighting," Heredia said Monday, before the dog's safe return. "They want the dogs to be trained to kill, they want to train them to kill them without hesitation … hellip;that’s my big fear."