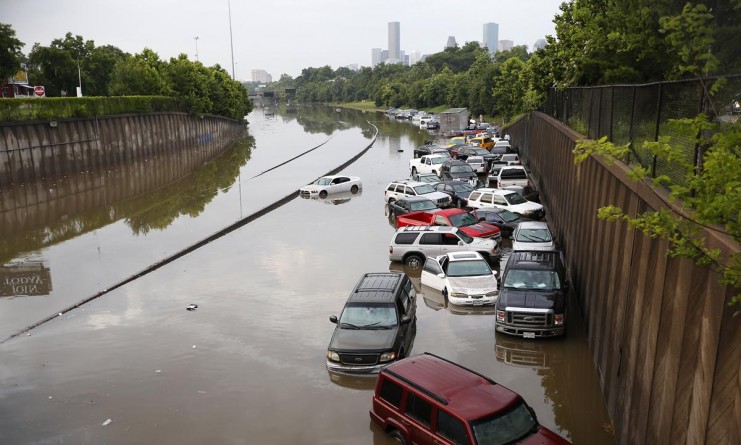 For the last several months, officials from the Federal Emergency Management Agency have sounded a lot more like salesmen than bureaucrats. And their sales pitch for flood insurance — which harps on the dangers of El Niño while espousing the benefits of protecting your property — has largely worked.

Last week, as long-awaited rains arrived in California, FEMA announced a recent 12% increase in the number of flood insurance policies written statewide — a rise the agency said was the "first of its kind in recent history."

But officials remain worried that people still mistakenly assume they are covered for floods under their standard homeowner policies. That might explain why only 9% of homeowners in the West have flood insurance, according to industry estimates.

Even those people with flood policies may be in for a disappointing surprise. The National Flood Insurance Program draws careful distinctions about what kind of damage it covers. And although FEMA says that buying insurance "puts you in control," some victims of previous storms say that even with flood insurance, they were left feeling helpless.

"The average person has a very simplistic understanding of insurance: I either have it or I don't," said Amy Bach, executive director of the consumer advocacy group United Policyholders. "If you've never had a serious loss, chances are you really have no idea what you're covered for."

When Congress created the National Flood Insurance Program in 1968, flood insurance was virtually unavailable because the risks and costs associated with providing it were too high.

Today, insurance experts say there are still very few options for consumers. Congress is considering a bill that would help develop a more robust private flood insurance market, but in the meantime, the national program is the only choice for all but the wealthiest policyholders.

And for some, buying flood insurance is not a choice at all. Homeowners with a federally backed mortgage who live in a federally mapped flood zone are required to purchase coverage. In California, the average annual premium is about $850, a FEMA spokeswoman said. There were more than 236,000 policies in force statewide as of Oct. 31.

Experts have warned that this winter's El Niño could generate flooding, mudflows and landslides. But the entire spectrum of storm-related damage is not covered by homeowner insurance or even flood insurance.

But officials remain worried that people still mistakenly assume they are covered for floods under their standard homeowner policies. That might explain why only 9% of homeowners in the West have flood insurance, according to industry estimates.

Damage from what FEMA calls "mudflows" — rivers of liquid and flowing mud — is also covered by flood insurance. But FEMA distinguishes between mudflows and what the agency calls "moving saturated soil masses" that go down a slope without "a flowing characteristic."

"Some things are very straightforward," said Ahsha Tribble, a regional FEMA administrator. "Some things have a bit of a gray area."

Homeowners and the federal flood insurance program sometimes disagree about "what exactly a mudflow is," said California Insurance Commissioner Dave Jones. "They have a definition, but there's a little bit of interpretation that has to be added."

Flood insurance does not cover damage from landslides or other so-called earth movements. For example, damage to a house caused by a hillside that tumbles down after a rainstorm is not covered, Tribble said.

Still, Jones said he is a "big advocate" of people getting flood insurance because it is "good value for your dollar."

For Joel Bush, 66, flood insurance has been hit-and-miss. He estimates that during a three-year period in the 1990s, his Orange County property was flooded at least four times.

After the first major incident in 1995, he received a $38,000 insurance settlement for flood-related damage — most of what he felt he needed and deserved.

But when El Niño struck in 1998, he said, insurance covered only about 20% to 30% of the flood damage. Receipts that documented the repairs he had made after the first storm had been swept away, and without them, he said, adjusters would not pay for damage to drywall, carpeting and other parts of his home.

"Insurance is supposed to attempt to make you whole, but of course it never does," he said by phone from his current home in Arkansas, where he and his wife moved a few months after the 1998 flooding. He said his damaged Laguna Canyon house was ultimately foreclosed on.

"Your life is never the same," he said.

Michael White, 67, thinks he may have had flood insurance when the El Niño rains hit in 1998. But it didn't do him any good after the hillside collapsed, the slab that his house sat on cracked and the home tilted.

Insurance experts say landslide insurance is available through only a very small number of specialized carriers and, like private flood insurance, is likely to be expensive.

White, though, is emphatic: "There's absolutely no such thing as coverage when you get hit with rain that causes your hill to fail." He said he "searched far and wide."

After an extended stay with his mother-in-law and spending several hundred thousand dollars on repairs, White said his home in the Hollywood Hills is secure and level again — but not without a few water marks.

"The house is a work in progress," White said. "It's embarrassing a little bit. My wife and I don't have a lot of neighbors come over here because the house doesn't look so good on the inside compared to some of the other houses around here."

Bush took out a different kind of flood insurance policy in Arkansas.

When he and his late wife began looking for a home, he asked his real estate agent: "What about the flood plains?"