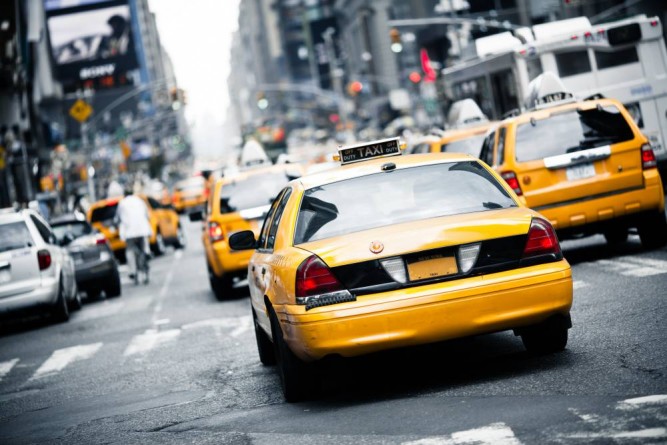 It's a classic urban fear. A woman gets into a cab late at night and is attacked by the driver.

New York City's police added fuel to that fear with statistics showing 14 of the city's reported rapes last year, and two already this year, were committed by for-hire cabbies. And Police Commissioner William Bratton raised eyebrows with comments on the phenomenon that some felt blamed the victims.

"One of the areas of concern that we have is particularly young women coming out of clubs and bars," Commissioner William Bratton said during a radio interview on WNYC. "They're by themselves and intoxicated getting into a cab ... and we've seen an increase in assaults in those instances. So we're encouraging women to adopt the buddy system."

Some women who spoke to The Associated Press about taxi safety said Bratton's suggestion smacked of sexism.
"It's the idea that somehow we have a hand in this," said Jamie Lopez, 20, who works in retail and often takes cabs late at night because she finds them safer than the subway. "It's not the victim's fault."

At a news conference Monday, city politicians and women's rights advocates demanded more concrete measures to combat cabbie rapes. One proposal would require taxis and car services like Uber to have a back-seat panic button that could summon the police to a passenger in trouble.

"We want to ensure that when we're working with our police department, we're not encouraging women to implement buddy systems, but rather saying, 'You have a right to be safe,'" City Councilwoman Vanessa Gibson said at the news conference. "If you decide to go out and enjoy yourself in any borough and you get into a cab, there is an expectation that you arrive at your destination safely."

Police said the suggestion was simply a safety measure for women, who are overwhelmingly the victims of such assaults.