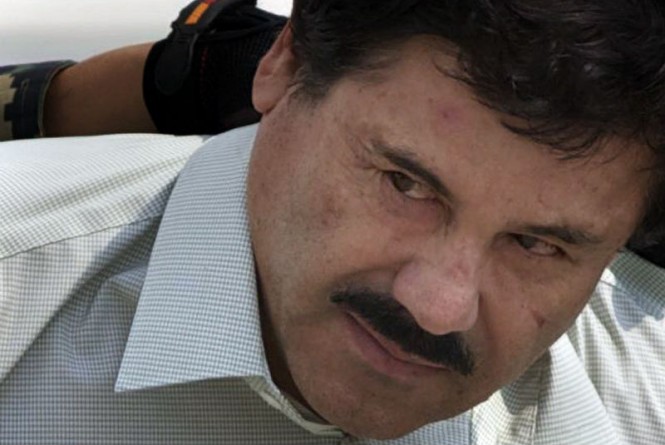 An official who spoke on condition of anonymity because he was not authorized to be quoted by name told the Associated Press that Guzman was captured following a shootout with Mexican marines in the city of Los Mochis, in Guzman’s home state of Sinaloa.

Guzman had been on the run since July, when he fled from a high security prison by escaping through an elaborate tunnel that ended beneath a shower stall in his cell. Police arrested the prison governor and several guards in connection with the breakout. It was Guzman's second successful escape.

Guzman wielded so much power as head of the Sinaloa drug cartel that the Chicago Crime Commission called him Public Enemy No. 1, a label applied to gangster Al Capone in 1930.

After Guzman's first escape in 2001, from Puente Grande prison, he spent more than a decade on the run, rising to lead the Sinaloa cartel, which smuggles large quantities of drugs into the United States. The cartel is a key player in a drug war that has ravaged parts of Mexico for years and cost thousands of lives.

Guzman escaped that time with the help of prison guards, who possibly hid him in a laundry cart. He was recaptured in February 2014 and held at Altiplano before his escape in July.