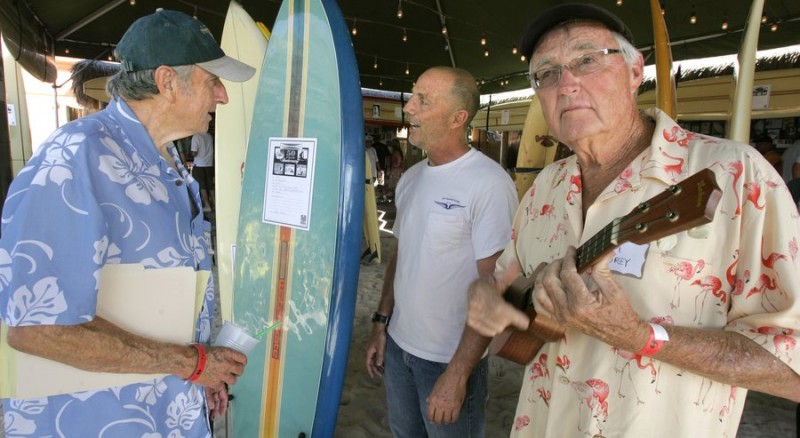 Larry Gordon, who helped revolutionized surfing with the creation of foam boards, has died, his daughter said.

Gordon was 19 and studying chemistry at San Diego State University when he started experimenting with foam materials at his father's factory, Gordon Plastics. He then started shaping boards in his friend Floyd Smith's garage.

"It was hard to come by surfboards, and the ones out there were mostly made out of balsa wood and were heavy and hard to maneuver," Gordon told the San Diego Union-Tribune in 2007. "So we made a mold and blew foam to build our own boards."
Gordon and Smith started the company G&S in the late 1950s.

Their polyurethane foam boards, lighter and easier to ride, made surfing more accessible, helping to drive its popularity across the globe and making unwieldy balsa boards obsolete.

In 1959, the pair had to move to a bigger shop in Pacific Beach as their product attracted an international following. The company continued to grow over the next few decades, adding skateboards, short boards and surf wear.

On the surfing blog Kelpfire, author Ken Lewis said G&S was a huge brand in surfing.

"Larry's real legacy is not just as a savvy business owner," he wrote in reaction to Gordon's death, "but that of a surfer who followed his heart and was the father to his great family."

In a 2014 interview, Gordon said: "It's a great culture to be a part of, and I am thankful that I was able to play a part in the development of the sport and the modern foam surfboard."