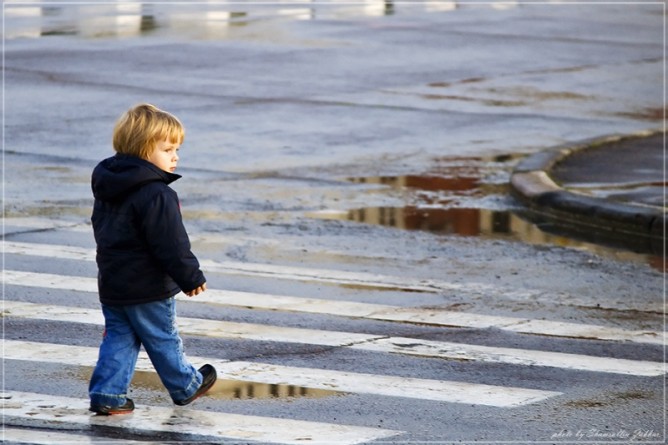 A school bus dropped off a kindergartner at a Bronx street corner earlier than normal Monday, leaving him alone to wander in the cold with no guardian in sight until a stranger found him and brought him home, his furious parents told NBC 4 New York.

Five-year-old Rafael Sanchez, who attends PS 392, was dropped off at his usual stop in Throggs Neck earlier than his usual drop-off time, and no one was there to pick him up, his parents said.

Father Edgar Sanchez said he arrived, and after waiting for the school bus and seeing no one else around, he was told by a neighbor that the bus had already left.

He took a cab to Rafael's school, where the principal told him that in cases where no one is at a bus stop receive the child, the bus driver is supposed to finish the route and then return to the school to drop off the child. Sanchez said he was told to wait for the bus to return with Rafael.

While waiting, his wife called to frantically tell him a man had found their son walking the streets alone, and guided by contact information in the boy's backpack, brought him home.

"About an hour he was on the streets, and he's only 5 years old," the boy's mother, Mariana Sanchez, told NBC 4 New York. "He crossed two streets. Two."

The parents said they have filed a report with their local police precinct, though it's not clear what criminal charges, if any, could be filed in this case.

"I just don't want that person who drives the bus still doing their job. I want them to change drivers," said Mariana Sanchez.

"That's their job and they don't know how to do their job," she added.

School district officials have not identified the bus company but said in a statement: "The safety and security of students is our top priority. We are looking into the incident and will work closely with the student's family to resolve the issue."