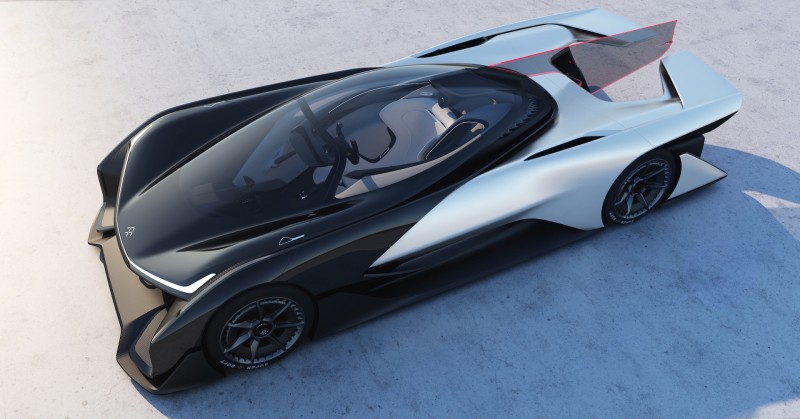 The wait is over.

The 1,000-horsepower car was revealed Monday night during a launch event attended by hundreds of media. It can accelerate from zero to 60 in fewer than three seconds, with a top speed of more than 200 miles per hour.

Nick Sampson, Faraday's senior vice president of research and development and product development, noted that when Faraday does release its first production car to market in a couple of years, it will be something more approachable. The car might be a sedan or maybe an SUV, although he noted that it will start out as a premium product, with a premium price.

Over time, Faraday would like to produce a car that is more affordable, he said.

Although a production vehicle is still a ways out, Faraday has generated significant buzz since its inception 18 months ago. In that time, it has grown to 750 employees worldwide and recently announced that it would build its first manufacturing facility in North Las Vegas.

Faraday will break ground on that site in the next few weeks; when it is completed, it will be 3 million square feet and house 4,500 workers.

Faraday's mission, Sampson said, is "a complete rethink of what mobility means." It wants to bring a speedier, technology-driven focus to car-making modeled after the innovations coming out of Silicon Valley.

"We must anticipate the future and act upon it with speed, decisiveness and a willingness to be more like a technology company rather than an automotive company," Sampson said. "We have a very transformative vision."

The hype surrounding the company has also led to speculation that it could become a real rival to Tesla. Faraday execs appeared to welcome those comparisons, and took a few gentle jabs at the fellow SoCal automaker.

"Tesla and Elon Musk have created something incredible and we should applaud them for it," Sampson, who formerly worked at Tesla, said. But he noted it took Tesla nine years to develop its first mass-market production vehicle, while Faraday is moving at a much faster rate, from rapidly scaling up its workforce to attempting to roll out a car in a couple of years.

And he was quick to point out that Faraday has hired several employees who used to work at Tesla, Apple, Google and BMW.