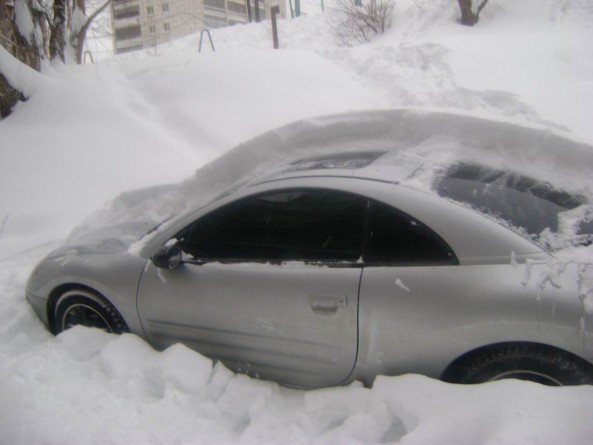 The storm's snowy aftermath turned deadly for one New Jersey family when carbon monoxide from a blocked tailpipe killed a woman and her 1-year-old son and left her 3-year-old daughter in critical condition.

It happened while the children's father was steps away shoveling out the car, authorities said Sunday. 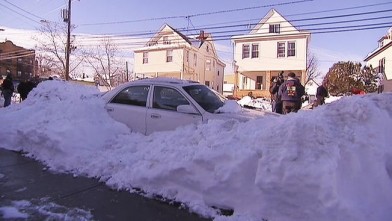 The 23-year-old woman and her two children had taken refuge from the chill inside the family's car on a New Jersey street while the kids' dad, Felix Bonilla, worked to clear the snow, Passaic Police said.

The vehicle's tailpipe was blocked by powder, and carbon monoxide backed up into the car, police said.

"The gas couldn't go out and it had nowhere to go except inside the car," said Passaic Mayor Alex Blanco.

When the father looked up, still shoveling, he found his family unconscious. Neighbor Isabel Carmona said he became hysterical, "crying and jumping."

Emergency responders arrived on the scene on Sherman Street to find people performing CPR. But the mother and son could not be saved.

Carmona, who was among the neighbors who tried to deliver CPR, said the arriving paramedics were brought to tears by the scene.

"The paramedic, he cry, and the police cry. Everybody cry," she said.

The girl, described by authorities as in very critical condition, was transferred to St. Joseph's Regional Medical Center in Paterson.

The children's paternal grandfather told NBC 4 outside his son's family's home Sunday night he was heartbroken.

"I can't even express how I feel right now. I got no words," said the grandfather, also named Felix Bonilla.

He said his son was in shock.