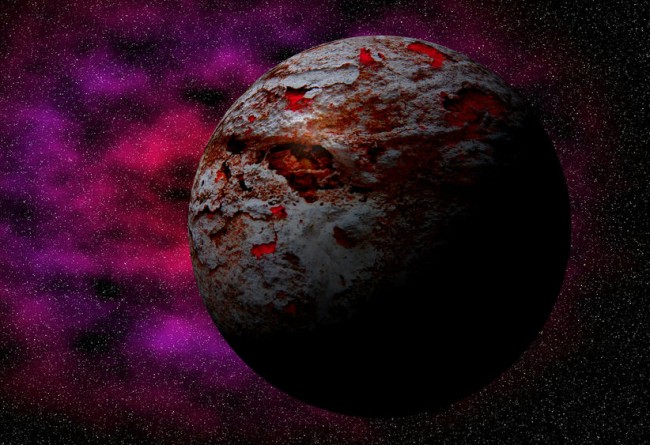 A mysterious planet that wiped out life on Earth millions of years ago could do it again, according to a top space scientist.

And some believe the apocalyptic event could happen as early as this month.

Planet Nine — a new planet discovered at the edge of the solar system in January — has triggered comet showers that bomb the Earth’s surface, killing all life, says Daniel Whitmire, of the University of Louisiana.

The astrophysicist says the planet has a 20,000-year orbit around the sun and, at its closest to us, it knocks asteroids and comets toward Earth.

Fossil evidence has suggested most life on Earth is mysteriously wiped out every 26 million to 27 million years.

Whitmire claims Planet Nine’s passage through a rock-laden area called the Kuiper Belt is responsible for the “extinction events.”

Conspiracy theorists in the ’80s and ’90s previously claimed a red dwarf planet called Nibiru or Nemesis, which orbits too close to Earth every 36,000 years, was behind the events.

Now some are convinced there will be a collision or a near miss before the end of April.

Nemesis or Nibiru was widely dismissed as crackpot pseudo-science — until Planet Nine was identified in January by the California Institute of Technology.