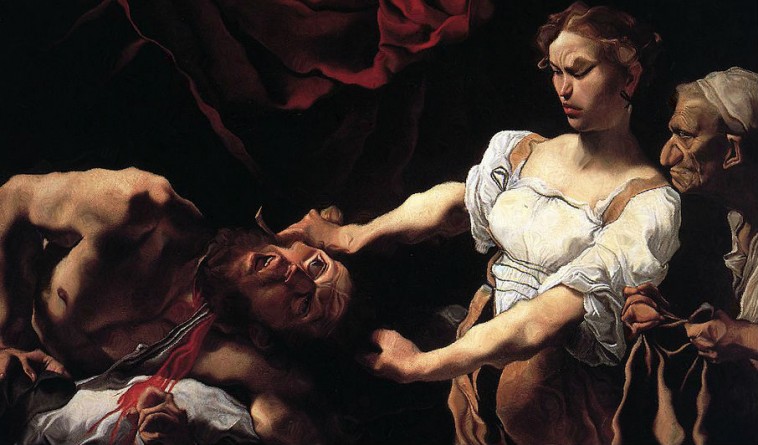 A family had a stroke of luck when they discovered a dusty old painting in their attic — it could be worth $136 million.

The 17th-century painting, which depicts a bloody biblical beheading, may be a long-lost masterpiece from one of history’s greatest painters, the Italian artist Caravaggio, experts told the media on Tuesday.

The unnamed family was fixing a leaky roof at their home near Toulouse, France, two years ago when they hit the possible art-world jackpot.

The piece, which is believed to be from sometime between 1600 and 1610, had been stuffed in the rafters of the old home.

“It was done with a single brushstroke,” said Eric Turquin, who consulted Italian art experts and specialists from the Louvre. “A copier or a less talented artist wouldn’t have done it like that.”

He added, “It has the light energy of a typical Caravaggio, without the mistakes.”

Holofernes’ fingernails also feature a rough quality, a sign that it was painted by a true master, Turquin explained.

But critics claimed it could easily have been made by a copycat — or even one of Caravaggio’s students.

“It could be a workshop copy, created by an apprentice, for example,” Annette Douay, an art authentication expert, told FranceTV Info. “That’s why there are often disputes among experts.”

She added, “We will never be able to definitively say if Caravaggio himself held the brush.”

French officials put an export ban on the painting, mandating that it stay in the country for 30 months while experts study it.

After the family discovered the forgotten treasure, they called a local auctioneer, Marc Labarbe, who cleaned it with cotton and recognized it as a Caravaggio painting.

Experts at the Louvre Museum in Paris have already spent three weeks studying it.

Caravaggio was a Renaissance painter based in Rome and Naples. His other works include “Entombment,” the “Madonna di Loreto” and “Death of the Virgin.”