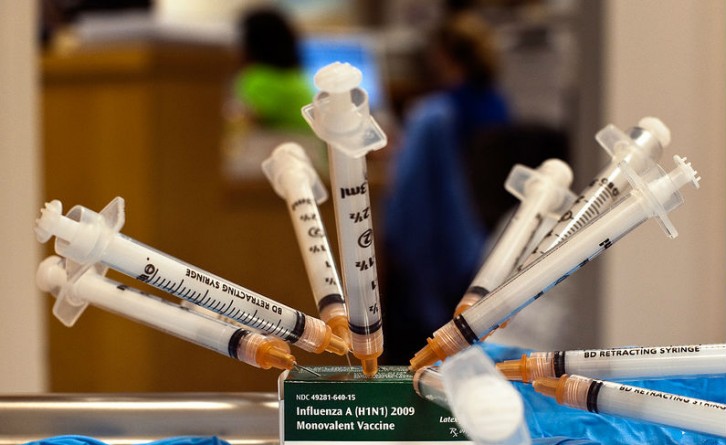 The World Health Organization (WHO) expects suspected links between the Zika virus and two neurological disorders, microcephaly in babies and Guillain-Barre syndrome, to be confirmed within weeks, a top official said on Friday.

A sharp increase in birth defects in Brazil has triggered a global health emergency over the mosquito-borne virus and spurred a race to develop a vaccine and better diagnostic tests.

“We have a few more weeks to be sure to demonstrate causality, but the link between Zika and Guillain-Barre is highly probable,” Marie-Paule Kieny, WHO Assistant Director-General for Health Systems and Innovation, told a news briefing.

Kieny said U.S. government scientists and an Indian biotechnology company were currently frontrunners in vaccine development, although it would take at least 18 months to start large-scale clinical trials of candidate shots.

“Two vaccine candidates seem to be more advanced: a DNA vaccine from the U.S. National Institutes for Health and an inactivated product from Bharat Biotech in India,” she said.

The NIH is working on a DNA-based vaccine that uses the same approach as one being developed for West Nile virus. India’s Bharat said last week that its experimental vaccine would start pre-clinical trials in animals imminently.

Overall, around 15 groups are working on Zika vaccines, including France’s Sanofi, as well as researchers in Brazil, who announced a new partnership with the University of Texas on Thursday.

The road to developing a preventative shot against the disease is strewn with hurdles, however, not least because the group viewed as most at risk are pregnant women.

Improved diagnostic tests are also viewed as critical to fighting the disease, which is now sweeping through the Americas, and Kieny said new test kits were being rapidly developed and could be available in weeks.

Researchers in Brazil are scrambling to determine whether Zika has caused a major rise in microcephaly, or abnormally small heads in newborns, with more than 4,000 suspected cases of the condition reported to date. Brazil has confirmed more than 400 of those cases as microcephaly and has identified the presence of Zika in 17 babies, but a link has yet to be proven.

Still, many scientists are convinced that the link is real and new evidence of Zika in the brain of an aborted fetus, reported on Wednesday, has added to the case.