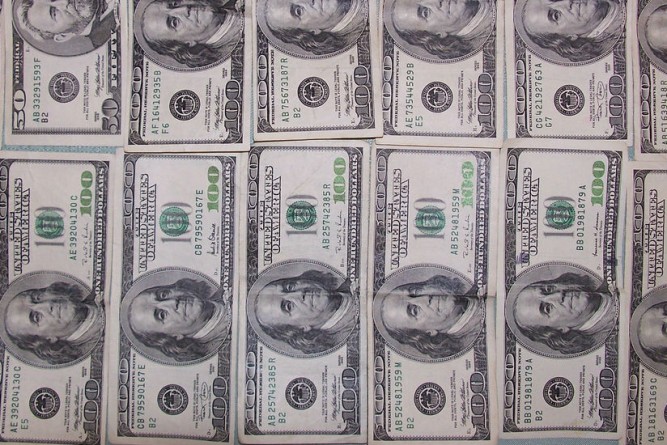 A pizza delivery man is rolling in the dough - the green kind - after winning $1.2 million on a lotto scratcher.

The win couldn't come at a better time for Joseph Carillo, California Lottery officials said Tuesday. The 31-year-old single father was down to his last $100 that he earned in tips from delivering pizzas when he decided to pop in at a liquor store and test his luck.

"My buddy was on a winning streak - winning $100 scratchers this past week. I was getting frustrated with the guy," Carrillo said, according to a California Lottery news release. "I'm moving. I need the money! So I asked him, 'How do you do it? Give me some luck!'"

Carillo purchased three Set for Life scratchers at $2 apiece. He was down to his last ticket when he uncovered a box with the word "Life" on it, making him an instant millionaire. Surveillance video from inside the store showed him jumping in celebration and exchanging hugs, fist bumps and handshakes with customers and the clerk.

Instead of $4,000 per month for the next 25 years, Carillo chose to take the cash prize all at once. He'll receive a lump sum of $696,000 before federal taxes, lotto officials said.

"It was just on a whim. If I'd won $50 it would have been great," said Carillo, according to the news release. "I'm tickled, I'm flabbergasted, I'm waiting for my heart to explode, I'm waiting to go to sleep and never wake up again. I don't know! My buddy said there was a one in six million chance to win the grand prize. It's me!"

Carillo plans on getting himself out of debt and taking a vacation, lotto officials say.

The retailer will get a cut of $6,000 for selling the winning ticket.