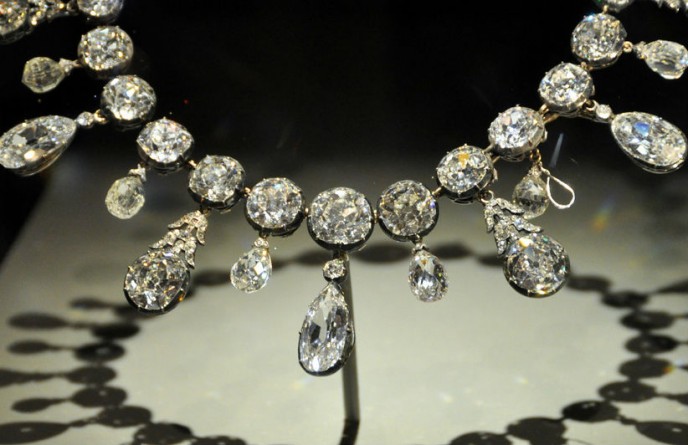 A Florida businessman has sued his ex-fiancee, alleging that she and her parents conspired to steal $2.1 million in gold, diamonds and other jewelry after their breakup last summer.

Scott Patrick Mitchell of Palm Harbor says his ex took 99 three-diamond necklaces, 147 gold rings and 172 loose diamonds from his vault, according to the Tampa Bay Times.

The ex-fiancee, Mary Catherine Hunt, also faces criminal charges of grand theft in Pinellas-Pasco Circuit Court for the alleged heist. Her attorneys have denied the allegations and say more facts will come to light.

Mitchell, CEO of salon products company Simply Organic, told investigators that he and investors bought the jewels from struggling jewelers during the recession in 2008. They paid $900,000, but now estimate their worth at $2.1 million.

He says only he and Hunt knew the combination to access the vault.

Mitchell told investigators that when he broke off his engagement to Hunt in June and called off their August wedding, the jewelry disappeared. He turned over surveillance video to investigators.

Hunt has since sold her home in Hillsborough County and moved back to Virginia.

However, before leaving Florida, surveillance video shows Hunt and her mother at a UPS Store.

The pair told the clerk they were mailing a laptop and an antique plate but tried to insure the package for $50,000, the maximum allowed.

Sheriff’s reports also show that on Aug. 19, Hunt’s father, Michael Hunt, called Mitchell from Virginia to say UPS had delivered a box of gold, diamonds and silver. Mitchell recorded the call and gave it to investigators.

Mitchell’s lawsuit seeks $6.1 million for the value of the stolen jewelry and damages, his attorney Todd Foster told the newspaper.