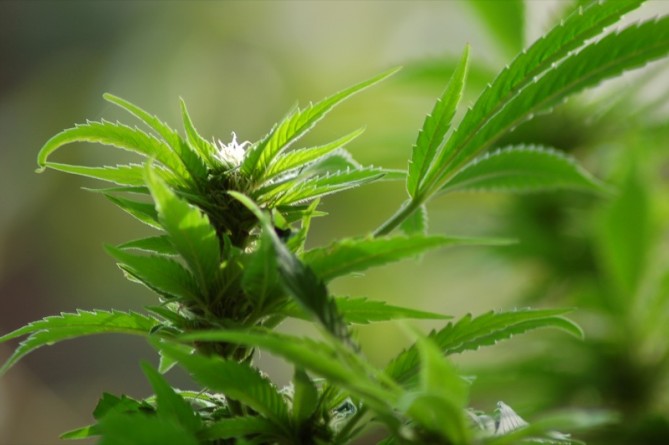 A New York City correction officer has been accused of attempting to 61 grams of synthetic marijuana onto Rikers Island, city investigators say.

Officer Mohammed Sufian was arrested Wednesday on bribery and promoting prison contraband charges after the Bronx district attorney and Department of Investigation say a drug-sniffing dog named gunner got a whiff of synthetic pot he had hidden in his socks.

Authorities say that Sufian, of Brooklyn, took a $500 bribe on Tuesday night to deliver the synthetic drugs to someone inside the prison.

When he went to work the next day, however, Gunner – a 2-year-old chocolate Labrador retriever -- was waiting at the entrance with a handler.

Gunner indicated that he smelled something, and authorities allegedly found the drugs wrapped in electrical tape stuffed in his socks, authorities say.

Afterward, authorities say they searched Sufian’s apartment and found four packages of synthetic marijuana weighing 126 grams and 32 grams of tobacco. According to the DOI and the Bronx D.A., the drugs and tobacco were meant to go to the city jail complex.

Sufian, who has been a correction officer since Oct. 2014, has been suspended.