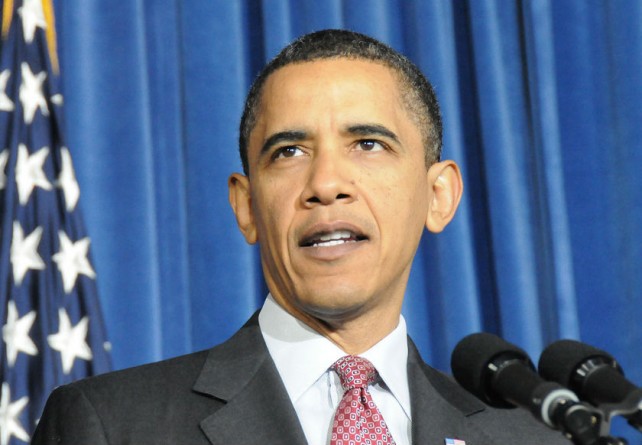 A Muslim woman at Obama’s first public visit to a US mosque: "It reassures me I am as American as any other."

President Barack Obama's first public appearance at an American mosque has drawn a lot of scrutiny from conservative pundits, with Herman Cain arguing on Fox News that the visit shows Obama is getting "kissy kissy" with Islamists like the Muslim Brotherhood.

https://youtu.be/0mwZs3N-4jw
But in her introduction to Obama's speech, a young Muslim woman, Sabah Muktar, explained why the visit is important to her and other Muslim Americans:

In these uncertain times, some of us might find ourselves doubting where we fit in this society. Personally, this visit by our president is an affirmation to all Muslims; we are just as American as any other. It's a gesture that invites inclusiveness of all faiths and color. More importantly, it's an assurance for the Muslim-American kids constantly bombarded by anti-Islamic rhetoric that they belong…

I strongly believe to a lot of Muslims out there, the appearance of our president in our local mosque today does exactly just that. And personally, reassures me that I, a proud black, Muslim African American, am just as American and have the obligation to fulfill my loyalty to my country as any other.

Obama has repeatedly asked non-Muslim Americans to accept their Muslim neighbors, particularly in the past few months through his State of the Union speech and Oval Office address following the San Bernardino, California, mass shooting.

But as Islamophobia spirals out of control in the US, and even becomes a major part of the Republican presidential primary, it doesn't seem like Obama's message has stuck.

With his visit on Wednesday, Obama is trying to double down on his message. As he said in his speech, "We're one American family. And when any part of our family starts to feel separate, or second-class, or targeted, it tears at the very fabric of our nation."

But words can only go so far. So Muktar argued that the president's actual presence at a mosque is a strong symbol by itself — one that she said she's personally thankful for.