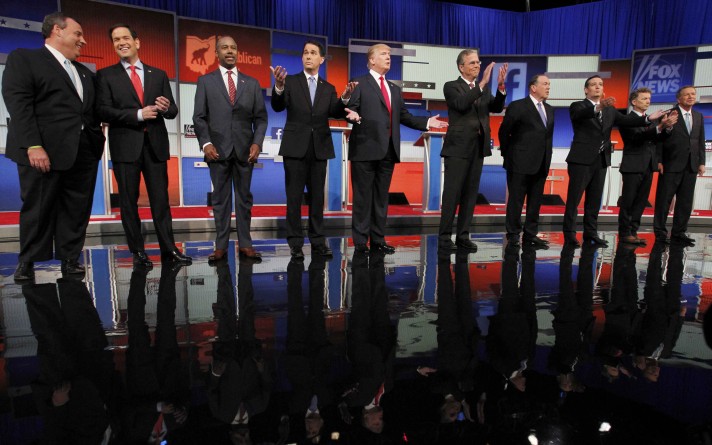 The first Republican presidential debate of 2016 is set for tonight.

Fox Business Network will air the main debate at 8 p.m. CST. The pre-debate will be held at 5 p.m. CST.

The debate could bring about a showdown between the two leading contenders, Trump and Cruz. Trump is maintaining his national lead in the polls but recent indicators show Cruz is separating himself from the rest of the challengers. In recent days, Trump has questioned if Cruz, who was born in Canada to an American mother and a Cuban father, was Constitutionally allowed to run for president.

Kentucky Sen. Rand Paul, who qualified for the lower debate, said he would not attend. Paul and Fiorina had been part of the previous two main debates.

The debate will be hosted by Anchor/Managing Editor of Business News, Neil Cavuto and Anchor/Global Markets Editor, Maria Bartiromo. The earlier debate will be moderated by anchors Trish Regan and Sandra Smith.

The debates will take place at North Charleston Coliseum and Performing Arts Center in North Charleston, South Carolina. The candidate showdown will follow a similar format to the network's inaugural debate, focusing on economic, domestic and international policy issues.

FBN will once again live stream its Republican presidential primary debates, for free without authentication. The live stream will be made available to all desktop and mobile devices by FOXBusiness.com.