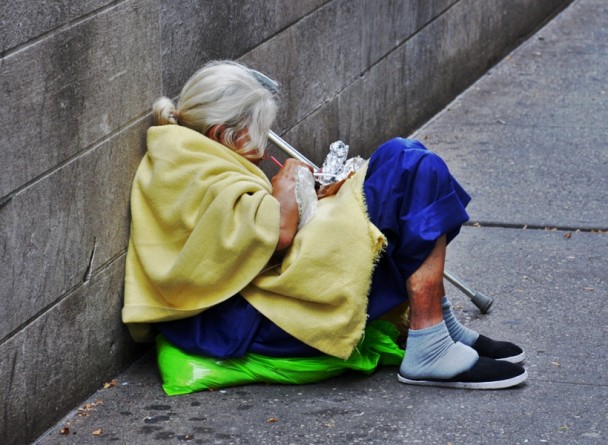 Amid a surge in New York City homelessness, many homeless people say it will take more than outreach programs by the mayor and governor to bring them in from the cold.

Not one of the dozens of homeless people interviewed last week by The Associated Press said they had been approached by the outreach workers Mayor de Blasio promised last month would be out on the streets. The mayor's program has an ambitious goal of canvassing every block, every day, in a 7-mile stretch of Manhattan, aiming to persuade street people to come indoors. A city spokeswoman told the AP on Friday that the program would not be fully operational until sometime in March — when winter is almost over.

And despite temperatures that dipped below freezing, none of the about three dozen homeless interviewed last week said they had been involuntarily taken inside following Gov. Andrew Cuomo's executive order instructing police statewide to forcibly remove the homeless from the street once the temperature drops that low.

All said they would rather take their chances on the street in frigid weather than turn to a shelter system they described as filthy, violent, vermin-infested, and rife with mental illness and addiction.

Michael Cliff, begging in Manhattan's Union Square Park, said he won't go to a city shelter due to worries about violence. But, for now, Cliff has a more immediate fear.

City officials estimate that between 3,000 and 4,000 people sleep nightly on New York City's streets, while nearly 58,000 more — including 23,000 children — live in shelters. The U.S. Department of Housing and Urban Development has separately recorded a 37 percent increase in New York City's homeless population since 2009.