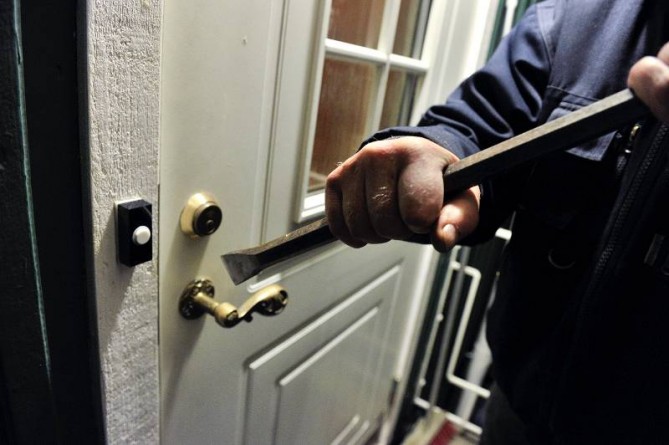 Police are hunting for two men posing as pest exterminators forced their way into an apartment, tied up the four people inside and demanded money.

The suspects, armed with guns, knocked on the door of an apartment on Beck Street in the Hunts Point neighborhood at 10 a.m. Saturday and claimed to be exterminators, police said.

When a 34-year-old woman opened the door, the suspects pushed her inside, bound her and three others, and demanded money, investigators said. Convinced there was no money in the apartment, the suspects settled for an iPhone and fled.

Investigators released photos of the suspects captured by a surveillance camera.

Anyone with information about the home-invasion robbery is asked to contact the NYPD Crime Stoppers Hotline at 800-577-TIPS.