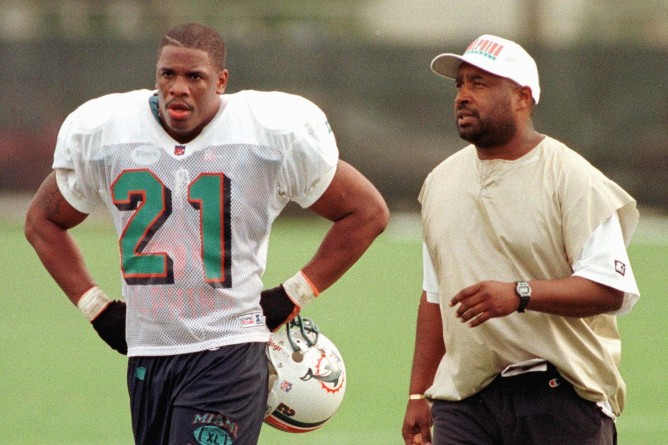 The running back was a star player for the University of Nebraska before playing for St Louis Rams, Miami Dolphins and San Francisco 49ers — but he was plagued on and off field problems.

Phillips retired in 1999 but continued to have problems with the law and was eventually sent to prison after being convicted of assault for driving his car into a group of teenagers.

In a seperate case, Phillips was convicted of assualting his former girlfriend.

And Phillips — who was serving a term of more than 30 years — was placed in a cell on his own after he was accused of killing his former cellmate.

On Tuesday, a judge found that there was enough evidence to try Phillips in the death of Damion Soward, 37.

It is unclear how Phillips took his own life.

Tom Osborne — Phillips’ coach at Nebraska — said: “He was an intelligent person and had some good qualities.

“Yet he had some anger issues and couldn’t overcome the demons in his life.’’